You won’t find much of a pattern here. We like telling all kinds of stories. The only thing they have in common is people–people who want to test themselves and become FBI agents, people who test themselves and their submarine for an improbable run at history, young people facing difficult odds in juvenile courts who still manage to persevere, and one person, a world-famous author, and his journey from privilege to loss to self-made success.

We have produced documentaries for film festivals, cable TV, public TV and even international television distribution. But at our core, we are journalists who see documentaries as an extension of good storytelling, simply with greater length and more resources .We have worked in cities small and large, traveled the country and around the world, and covered the biggest stories of our time. One-by-one, we stepped away from the rewarding but grinding work of daily broadcast journalism to launch new careers, all intersecting in the production of meaningful documentary films. Telling untold stories.

Wes Montgomery  is not our first rodeo. Among us, we have produced, written, shot, designed and edited documentaries on Kurt Vonnegut, a Cold War submarine’s record-breaking secret voyage, a Vietnam Prisoner of War, the FBI Training Academy, juvenile justice, the arts and much more. We’re all veterans but the key is we still love what we do. 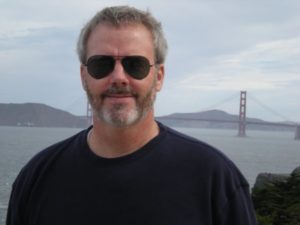 Kevin’s first bite at the documentary apple was a rewrite job in the 1990s on a little film about an American flyer who endured seven years in a North Vietnamese prison and lived to tell an inspirational tale. It aired nationally on the now defunct Odyssey cable network. He was hooked. Subsequent credits (Check out the portfolio page) include writer of New York Emergency for TLC (2000); co-executive producer and co-writer of In the Child’s Best Interest, winner of the national Edward R. Murrow Award for large market WTHR-TV; and writer for G-Man: The Making of an FBI Agent for Discovery (2002). More recently, under the Jukeboxer Productions banner, Kevin is the producer/director/writer of Triton: America’s Deep Secret and, with WFYI-TV for APT (American Public Television), Kevin directed, wrote and produced A Writer’s Roots: Kurt Vonnegut’s Indianapolis. But it’s not all serious stuff. After all, Kevin admits to being a rock and roll radio DJ early in his career. Rock on. 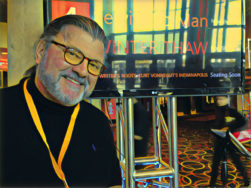 Jim Hall is a two-time Peabody Award winner for his work as a photojournalist as part of an investigative team.
The 20-time Emmy winner had a long career in television news before joining Jukeboxer productions as Co-Producer and Chief Editor.
An Idaho native, Hall has the rare distinction of those working behind a lens of winning multiple Emmys and Edward R. Murrow awards for his writing and feature reporting.
“Jukeboxer allows me to flex every creative muscle from my body of work over a 35 year career. And, I’m still learning!”
“Kevin and I have worked together since the early 1990’s. I feel like we are producing some of the most important and compelling work of our long distinguished careers.” Hall said.
In addition to his documentary work for Jukeboxer, the Idaho State alum has a passion for producing short art house films. Recently, five of those projects screened and received “Official Selection” status at film festivals internationally.
Hall lives in Indianapolis with his inspiring wife Judy and their two children, T-Bone and Pepper Lulu.
Yes, they are dog people. 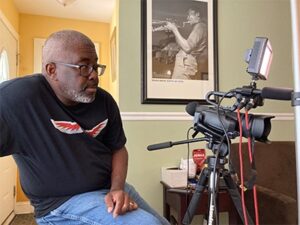 Marcus grew up listening to Wes Montgomery records with his family and hung out as a kid in the pool and around the rest of Wes Montgomery Park on the Indianapolis east side. He’s a veteran news photographer at WISH-TV, where he has covered some major news and sports stories over the years. 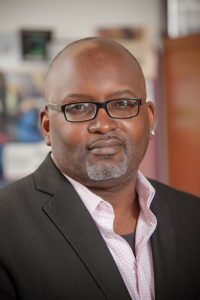 His day job is critiquing TV shows and media trends for NPR. But at night, Eric Deggans likes to jam with his drum kit and bass. He once toured with a Motown group and has been a jazz musician and fan for many years. He and Wes Montgomery are both native Hoosiers, too. Eric is looking forward to digging into the Wes Montgomery project but has plenty to keep him busy on NPR. Before his network radio gig, Eric was a media critic for the Tampa Bay Times. He has also hosted CNN’s Reliable Sources and his work has appeared in The New York Times online, The Washington Post, Village Voice and other publications. He’s also the author of the book Race Baiter about media effects on prejudice, fear and hate. 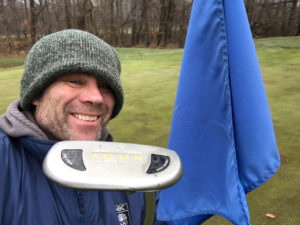 David has filmed real war and “war zones”–Hurricanes Katrina and Rita. He had two assignments in Iraq and one in Kuwait. His work stateside has taken him to the Olympics in Atlanta, including filming the investigation of the tragic bombing there, multiple NCAA Final Fours, the Super Bowl, the Indy 500 and so much more. Besides Triton, his documentary photography has included Jukeboxer’s A Writer’s Roots: Kurt Vonnegut’s Indianapolis and work on an international violin competition and other arts events. David has shared a George Foster Peabody Award, and won bunches of regional Emmy Awards, a regional Edward R. Murrow Award and a state news photographer of the year award. While David has traveled extensively, he’s been based in West Palm Beach, Indianapolis, Nashville and now, Tampa. 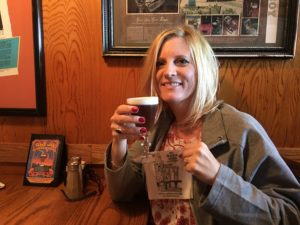 Behind the scenes, Kris helps bring stories to life. She has spent a career adding words,
pictures and animations to the screen to help inform and entertain audiences of many genre.
Her specialties have included entire graphics packaging for Olympics, elections, Indy 500, news
series, Super Bowl and Indianapolis Circle of Lights, and show title sequences. Among her
Emmys, she shares one with Kevin Finch, “In The Child’s Best Interest,” where she art-directed
photo shoots, audio recordings and composited the final series graphics. She is happy to
reunite with Finch in his documentary work. In her years at NBC-affiliate WTHR, she was Senior
Designer and was primarily working on project-based packaging, but also managed a high
volume of print and digital media, like book publication, billboards and web graphics.